The Syrian Arab Republic continues to account for the largest forcibly displaced population globally, with the highest record of 6.3 million at the end of 2018, according to UNHCR’s latest Global Trends Report. The conflict in Syria began during the Arab Spring in 2011 as a peaceful uprising against the country’s president. It has since escalated – destroying cities, displacing millions, and straining global politics.

The United Nations and humanitarian partners are calling on member states to continue providing support to humanitarian actors responding in the area, and to facilitate efforts to further scale up assistance. As of March 2019, a record US$7 billion was pledged for this year at a conference in Brussels, with the international community renewing and strengthening its commitment to support the Syrian people and the communities most affected by the ongoing conflict.

With the Syrian Civil War now entering its ninth year, staggering humanitarian needs still persist. From an estimated pre-war population of 22 million, more than half are in urgent need of life-saving humanitarian and protection assistance:

Firstly, we focused on intensifying personal relationships with our clients by meeting them on a regular basis, not just in the UAE where we are headquartered, but also in the region. Secondly, we invested in stronger local networks, in particular, in the refugee host countries such as Turkey, Lebanon and Jordan. In key humanitarian hotspots, localized procurement is encouraged. This empowers the local economy and embraces a community inclusive response. Hence, we work closely with agents and distributors in neighboring countries, who are already embedded in the area economies and have the capacity to move aid efficiently.*

Regardless of how well thought-through our approach might be, it is also our obligation to visit the field ourselves to get a true understanding of beneficiaries’ needs. In May 2017, we attended a conference organized by the Union of Relief and Development Associations in Lebanon. As part of the program we had the chance to participate in a field visit to informal settlements in the Bekaa valley, home to thousands of Syrian refugees and known as one of the forgotten camps in Lebanon. 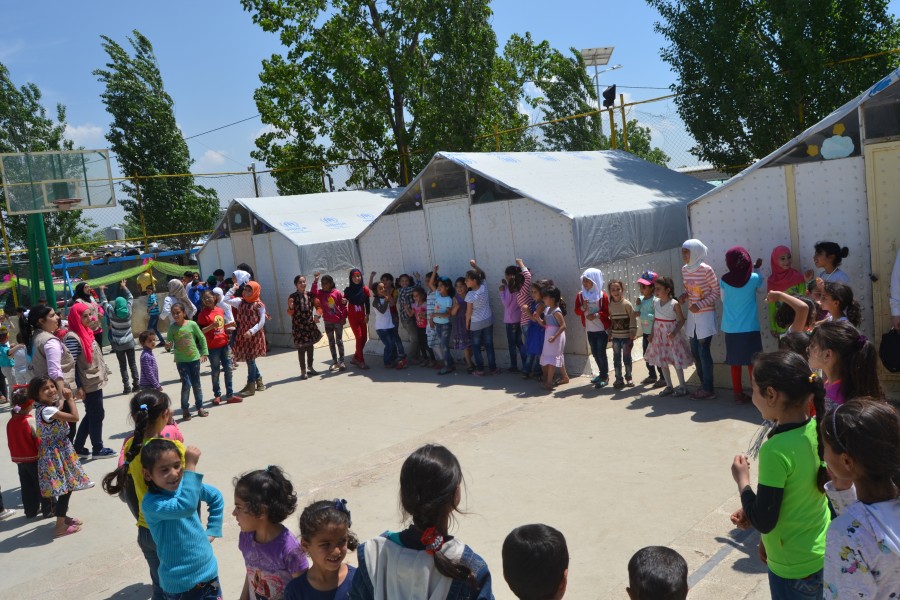 2017 field visit to informal settlements in the Bekaa valley, home to thousands of Syrian refugees, most of them children.

Inside the Taalabaya and Aramoun camps, the situation was precarious as the settlement was still recovering from a fire that afflicted the camp two years prior. We noticed many poor quality relief items, unlike the products we provide. Fortunately, we were able to highlight our quality product portfolio. This includes our award-winning fire retardant tents and tarpaulins that might have prevented the tragic camp fire.

Following on this field visit, we were able to supply more than 400,000 fire-retardant tarpaulins in 2018, through our clients’ requests.

Closer to home, we have invested in key actors in the United Arab Emirates, such as Emirates Red Crescent (ERC), a major responder to crises globally. Jointly we have developed custom made tarpaulins and we act as advisors regarding non-food items. A practical example of the knowledge exchange is an ERC-driven shelter project that empowers local communities in Bangladesh. By using locally available resources such as bamboo, along with our tarpaulins, safe, strong and sustainable shelters were created as a temporary housing solution. This is how the private and the humanitarian sector can create real impact.

*Disclaimer: NRS Relief does not supply goods, nor sell directly, to the Syrian Arab Republic. 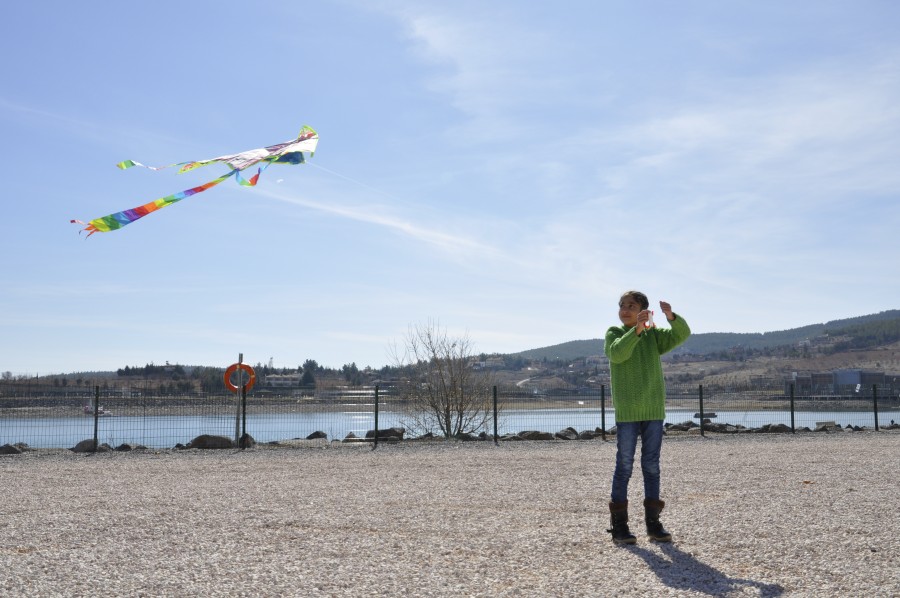