Humanitarian assistance can no longer be framed with a short-term lens alone. The extent of global forced displacement has already reached World War II record levels, currently standing at 70.8 million displaced persons, and the prolonged nature of man-made protracted crises has become the ‘new normal’. Afghanistan is a dire example of a protracted conflict, lasting already four decades, which has hindered poverty reduction, development and humanitarian support.

The politically vulnerable country faces continuous security and military challenges, which handicaps the implementation of humanitarian campaigns. These obstacles compromise the ability of responding aid organizations to reach vulnerable populations and provide safety and security for aid workers. As it stands today, Afghanistan is one of the most dangerous countries in the world, with 10 civilians being killed every day by acts of war and terror.

Moreover, Afghanistan is prone to recurring natural disasters. The fragility of the political and economic landscape undermines the country’s ability to cope with the consequences of such disasters, which makes humanitarian operations even more difficult.

The extremely complex humanitarian crisis has left 3.3 million Afghans in need of life-saving assistance in 2018. In addition, Afghan cross-border refugees count for the second largest refugee population in the world. The escalating violence and attacks on civilian infrastructure in country have forced over one million people to live in new and prolonged (internal) displacement. The majority of nationals are forced to flee from their homes and find a temporary place to stay within the Afghan borders. 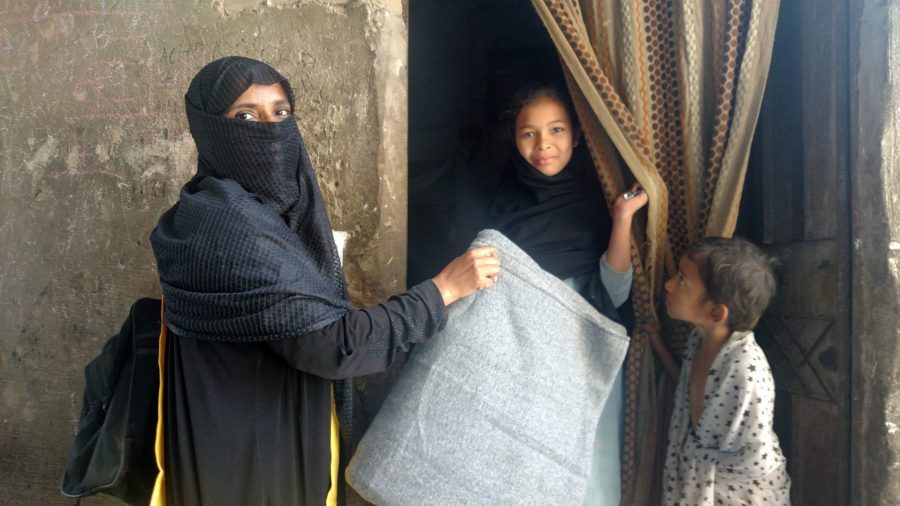 At the same time, the country is impacted by a mass of refugees who have returned from neighboring Pakistan, yet resettlement has been challenging. Returning refugees face communities under pressure, limited job opportunities and security and protection risks. According to UNHCR, approximately 5.2 million Afghan refugees have returned home with the assistance of the refugee agency since the early 2000s, even though this trend has stalled in 2018.

At NRS Relief, the Afghan displaced population has been central to many of our emergency response operations throughout decades, both in Afghanistan and in main host-country Pakistan. In the reporting year 2017-2018 our company has sold a total of 2.16 million products intended to be deployed in Afghanistan. A focus product has been our Huggy tents, of which we dispatched 400 pieces. These multipurpose structures are most likely utilized as child-friendly spaces or classrooms. Furthermore, we have dispatched large quantities of tarpaulins and family tents.